Now when Jesus was born in Bethlehem of Judaea in the days of Herod the king. Matthew 2:1

There was in the days of Herod, the king of Judaea, a certain priest named Zacharias, of the course of Abia: and his wife was of the daughters of Aaron, and her name was Elisabeth. ... After those days his wife Elisabeth conceived. ... And in the sixth month the angel Gabriel was sent from God unto a city of Galilee, named Nazareth, To a virgin espoused to a man whose name was Joseph, of the house of David; and the virgin's name was Mary. And the angel came in unto her, and said ... thou shalt conceive in thy womb, and bring forth a son, and shalt call his name JESUS. Luke 1:5-31

And it came to pass in those days, that there went out a decree from Caesar Augustus that all the world should be taxed. (And this taxing was first made when Cyrenius was governor of Syria.) ... Joseph also went up from Galilee, out of the city of Nazareth, in Judea ... To be taxed with Mary his espoused wife, being great with child. Luke 2:1-4 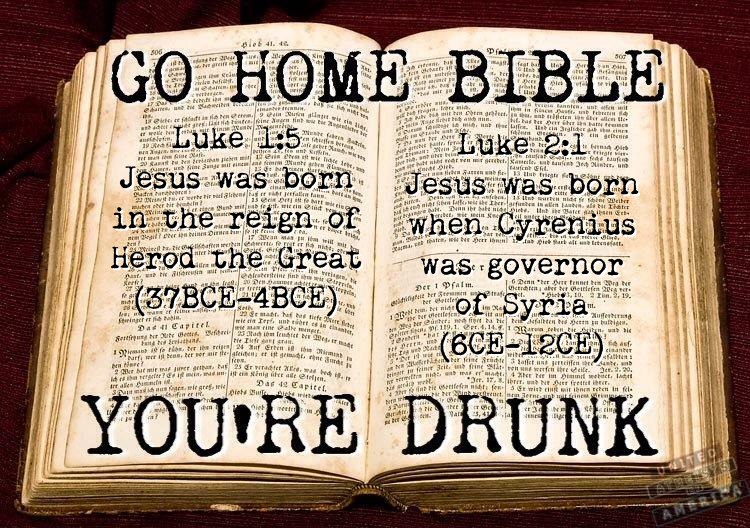